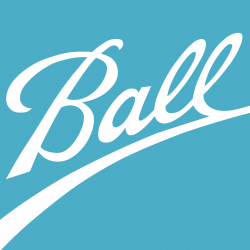 In 1956, 20 years before Forbes coined the term “start-up,” Boulder scientists were unknowingly laying the groundwork for a company that would become a key contributor to some of America’s pioneering science missions.

At the dawn of the space age in the mid-1950s, Ed Ball, one of the sons of the original Ball Brothers, partnered with physicists from the University of Colorado, Boulder and created the Ball Brothers Research Corporation. From those early days of developing key technologies for research rockets to designing instruments required to survive deep space, Ball Aerospace has been involved in several historic firsts.

The company’s most well-known achievements include: engineering a telescopic camera to withstand a journey of nearly 10 years across three billion miles to take the first high-resolution images of Pluto on the New Horizons mission; returning the first high-resolution image of Mars’ surface from the HiRISE camera; building the first spacecraft, Deep Impact, to intersect a comet; designing the mirror system on the James Webb Space Telescope to study the faintest of observable astronomical objects; supporting the Cosmic Background Explorer mission that provided definitive evidence of the Big Bang; building the first space system, Kepler, which has discovered more than 2,300 confirmed exoplanets; and helping to correct the blurred vision on the Hubble Space Telescope and developing all seven current Hubble instruments.

While it may be the breathtaking images from space we remember best, the people and technology behind them are just as inspiring.

“Ball has been instrumental on some of the most groundbreaking missions in history, thanks to the creative and collaborative nature of our scientists and engineers – from concept and design through data delivery,” said Rob Strain, president of Ball Aerospace. “Our team has routinely performed beyond expectation to enable our customers to do the same.”

Celebrating 60 years of aerospace expertise in 2016, Ball continues to unlock the mysteries of the universe, shape new solutions in national defense, and advance bold innovations in Earth science. Today, Ball is known as a leading provider of systems and components in a variety of markets for defense, civil and commercial aerospace missions.

Ball protects our planet with systems and technologies that accurately predict and track weather and pollution, monitor the impact of climate change, enable the use of greener rocket propellant, and provide valuable insights into Earth’s natural resources.

Ball innovates to allow people to overcome physical limitations. Ball led the development of the human-machine interface and the driver guidance system on the Semi-Autonomous Motorcar project – the first technology of its kind to enable a severely disabled person to safely control and drive a car.

In 2016, Ball Aerospace acquired Wavefront Technologies to further strengthen and diversify its business portfolio, and is actively pursuing commercial opportunities in a variety of new markets.

Ball’s first-class instruments, spacecraft, data exploitation solutions and technologies for civil, commercial, aerospace and defense applications go beyond expectations to provide customers with the best possible data and intelligence. Since its inception, Ball’s history of innovation continues to make a difference in our world and in our understanding of the universe. 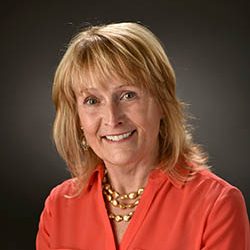 Read how Surrey Satellite has also found success in Colorado.