Loving a pet is one of the strongest forces out there–many love their pets as much as they love their own family members. This transcending love is what makes cancer in dogs and cats so heartbreaking. While a good deal of preclinical work for novel cancer treatments is typically conducted in animals as a prerequisite to advancing them into human clinical trials, the data generated from these studies is rarely leveraged to benefit companion animals. This was a trend Steven Roy and Terry Opgenorth not only noticed, but realized was an untapped opportunity within bio-pharmaceutical drug development.

Roy began his work in human biopharma at Amgen, the world’s largest independent bio-pharmaceutical company, with “no real plans to get into animal health.” However, he found his way to Colorado State University’s (CSU) Flint Animal Cancer Center, one of the top veterinary research and cancer care centers in the US, where many human biotech companies were conducting research studies in dogs with naturally occurring cancer to help inform how these drugs might ultimately work in humans. While many of these technologies showed great promise in animals, they were not being pursued because they ultimately had been shelved in human clinical studies, or because these companies typically did not have the resources or strategic expertise to pursue veterinary applications. Realizing how beneficial it could be to acquire these underdeveloped technologies, Roy partnered with Opgenorth at CSU Ventures, a technology transfer group established to support the creation of innovative university startups to create and fund VetDC, an animal health oriented company, in 2010.

“Our model is to license or acquire innovative drugs from human focused bio-pharmaceutical companies that have shown promise in animals, but haven’t made it to market for a myriad of reasons,” said Roy. “A good portion of the research and development in animals has already been conducted, so we can move quickly to advance them to the veterinary marketplace at a fraction of the time and cost it takes do this in humans.”

VetDC is developing drugs meant to target different types of pet cancers, such as lymphoma, in ways that haven’t been extensively explored yet. Recently, they announced the launch of a TANOVEA-CA1, the first-ever drug conditionally approved by the FDA for the treatment of lymphoma in dogs, and the first of its kind on the market.

VetDC is also exploring TANOVEA-CA1 in cats with lymphoma. “Lymphoma is also the most common cancer in cats and there’s nothing to treat them today, so we’re excited about moving into new market opportunities over time,” Roy said. The company is also developing a novel small molecule anti-metastatic drug, VDC-597, for the treatment of sarcomas and solid tumors in cats and dogs.

VetDC has worked extensively with CSU Veterinary Teaching Hospital and Flint Animal Cancer Center to conduct additional research, as well as working with the Colorado State Government to comply with both Federal and State regulations regarding selling and distributing prescription veterinary drugs.

VetDC has received funding from several prominent Colorado investment groups, such as the Colorado Institute for Drug Device and Diagnostic Development (CID4) and the Rockies Venture Club and High Country Venture. Additionally, in 2013, VetDC received an Early Stage Capital and Retention grant from the Colorado Office of Economic Development and International Trade for $250,000, as well as a Proof of Concept Grant for approximately $140,000. Both grants have provided critical support toward advancing their novel drug programs.

Working in Colorado has been essential to the company’s success. VetDC has benefitted from access to veterinary resources, particularly in the cancer space, including approximately 400 board certified veterinary oncology specialists who have trained at CSU at some point in their careers. Being affiliated with CSU’s world class programs have provided VetDC with unprecedented access to the leading researchers and resources in animal cancer, making Colorado a great fit for such a company.

VetDC currently employs three salaried employees and five consultants, two of which come from CSU. The launch of their first ever FDA approved drug was a huge milestone for VetDC, and they’re hoping to build on this momentum by acquiring additional pipeline assets. With more assets in hand, they’re looking to build out the company and staff in the near future and establish a dominant presence in Colorado as a premier specialty animal health company. 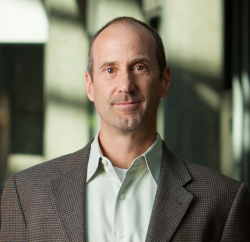