Velocity Global is Reinventing the Way Companies do Business Overseas

Ben Wright comes by his pioneering roots honestly. His great, great, great grandfather took a bet on Denver in 1860 after he saw an advertisement for a horse trainer. With no experience, he trusted that his gumption and work ethic would steer him right.

A bit like his ancestor before him, Wright is creating his own path. Today, Wright is the founder of Velocity Global, one of Colorado’s high-growth companies to keep on the radar.

“When I moved from San Francisco to Colorado in 2010, I was looking for a place that was in the Rockies and had a mature business environment,” Wright said.  “When you think of the Rocky Mountain region, Denver really is the only place that could lay claim to both.”

Founded in 2014, Velocity Global is shaking up the way companies expand their international footprint by helping them hire and launch quicker. Velocity Global is currently working in  more than 180 countries. Led by Wright, who is an accountant by trade, the firm’s strategy of taking past experience and applying it in a way that’s never been done is paying dividends.

Since January, the company has grown its employee base by more than 300 percent and Wright doesn’t foresee that slowing down anytime soon, nor does he anticipate that finding the talent to fill those roles will be an issue.

“We’ve been impressed by the caliber of people in Colorado,” Wright said. “It’s not to say that there aren’t incredibly talented professionals in New York, San Francisco or London, but here the culture is different; people come to work excited and refreshed. In a professional service business like ours, our clients feed off the engagement and the energy that our staff brings.”

In addition to a lifestyle that continues to attract a high quality workforce, Wright mentioned that the support from the state has been tremendous in helping his firm grow.

“Earlier this year, the governor’s office proactively reached out to us to encourage headquarters and operations in Colorado,” Wright said. “They have paved the way to access programs that encourage job growth for important jobs in the state of Colorado. Their open door policy speaks volumes to the care and attention they provide companies like us.” 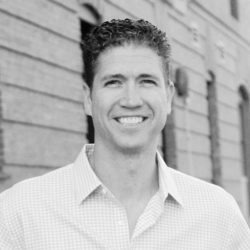 Learn More About Incentives and Financing in Colorado