An aerospace company on a mission…

For many of us, space is indeed, “the final frontier.” But for one Colorado company, space is just the beginning.

According to founder and CEO, Doug Campbell, Colorado is an emerging sector of the aerospace industry and experiencing rapid growth fueled by non-traditional sources of capital and space asset owners. This new sector is often referred to as “New Space” to contrast it with the historical “Old Space.”

“Historically, satellites have been launched as massive, singular and extremely expensive operations and were only attainable to a very narrow niche of businesses, such as NASA or the Department of Defense,” he explained, “But now, a new wave of smaller companies and startups, fueled by venture capital investments, are creating ‘constellations’ or networks of smaller, more nimble satellites that can provide a variety of functions, including worldwide Internet coverage.”

2017 is shaping up to be a milestone year for the company. Its hardware will soon be launched into space, an accomplishment that gives Roccor “space flight heritage” and is a major boon to help attract more customers, investors and employees.

“We are incredibly grateful to be in Colorado. Not only is there a great talent pool to pull from, but the state is very supportive of the aerospace industry,” noted Campbell. “We were honored to receive an AIA grant from OEDIT. It really helped us sustain growth at a critical time.”

Although Roccor is decidedly “New Space,” the company has deep expertise in the aerospace industry. Founded in 2011, the company focused on developing a solid foundation by attaining key personnel and ensuring core competency in their very specific technology. Campbell credits this foundation as the primary reason for its success.

Campbell has an extensive personal history in the aerospace industry. A native of New Mexico, he worked closely with the Air Force’s Research Laboratory in Albuquerque as an undergrad and graduate at the University of New Mexico. He has lived in Colorado since a job lured him to the state in 2002.

“Colorado is definitely a leader in the aerospace industry, only second to California, which has many companies headquartered in the Bay area and around L.A.” he said, “However as “New Space” players continue to evolve, Colorado is an ideal place to be. The state is entrepreneurial, attracts investors, has a bright workforce and is already home to several established aerospace companies.”

Roccor’s future looks very bright. The company is on the cusp of several major announcements, is currently hiring and anticipates there will be many positions to fill as their ideas – and products – keep taking flight. 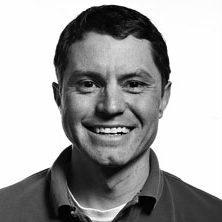