Refrigeration and freezing is an important part of the food cycle that brings food from farms to tables. When food is improperly stored or technical malfunctions occur in the process, it can be a major factor in food waste1. As necessary as it is, refrigeration can be an expensive venture, using extreme amounts of energy at a constant level, which can be a problem for manufacturers to not only keep costs down, but to stay green–and it was a conundrum that Kevin Davis and Russell Muren set out to solve.

Davis and his partner Muren met while working in the research and development department of Abengoa Solar, working primarily on thermal energy storage. Both had realized, however, that there were many obstacles in trying to store energy at 2,000°C temperatures, and felt frustrated by the bureaucracy of working for a large, multi-national organization. In 2012, Davis partnered with Muren, a pioneer in winning grant funds, to create Rebound Technologies, a company dedicated to rethinking refrigeration.

Rebound has been developing enhancements in industrial refrigeration ever since, economically optimizing their freezing processes through IcePoint™. This liquid sub-cooling product plugs into existing industrial freezer systems and provides the control to deploy bursts of high capacity cooling, ideal for speeding up blast freezing services and mitigating peak energy expenses. No other cooling technology offers this control and Rebound accomplishes it with a 40 percent efficiency gain. Facilities not only realize a boost in revenue from increased product throughput, but they also benefit from decreased energy expenses.

“We found the Colorado start-up community tremendously supportive,” said Davis. “There is comfort knowing that I can email folks like Brad Bernthal at CU Boulder, Mike Freeman at Innosphere or Shelly Curtis at CCIA, and get prompt and supportive input.”

So far, Rebound has made a big splash in the industry, working with several other companies to fully establish their product. They have previously collaborated with Southern California Edison, the second largest utility company in the U.S., for third party lab validation, and are currently collaborating with Lineage Logistics, the second largest cold storage company in the U.S., on a commercial pilot. Rebound further anticipates strategic partnerships with refrigeration equipment manufacturers later on.

“We considered a move to California due to the large R&D state funding availability, but we really valued the Colorado community and decided to stay,” said Davis.

By staying in Colorado, they have found tremendous community support, along with ample opportunities for funding. In fact, Davis claims they wouldn’t be where they are today without the support of government grants. They have raised over $2.5 million in federal grant money alone, which allowed them to develop their product that is now close to production ready. In addition, the Colorado Office of Economic Development and International Trade (OEDIT) has further helped expand their production, with a recent Advanced Industries Grant of $326,000 awarded in May 2017. These grants further helped Rebound to raise private investment funds that allowed them to build the company.

In addition, OEDIT has provided assistance in regards to leasing appropriate manufacturing spaces.. According to Davis, finding their current space was already quite difficult, and they plan to find a new location once again in 2018.

Rebound has big plans for the future. They plan on refining IcePoint™ in 2018, building six units in 2019, and finding a contract manufacturer to lead production in 2020. In anticipation, the current team of six will be looking to hire a Production Manager, Senior Technician and Design Engineer by early 2018. 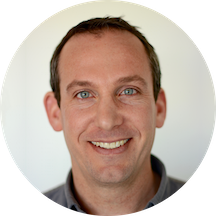