Technology has changed every industry, sometimes in ways we don’t actively think about. With the advent of smartphones and flourishing graphic design, flat and static media has become an eyesore and a burden on those trying to actively engage an audience. Without any training or expertise, however, many companies are falling behind on the curve with their fundamental content designs. It’s a problem that Sherisse Hawkins and Alex Milewski set out to solve.

Hawkins and Milewski are both University of Colorado Boulder engineering alumni and avid readers, who found current ebooks left something to be desired in terms of functionality. Starting at the dining table of Hawkins’ home, Pagedip (formerly known as Beneath the Ink) was born as a “content enabler” software platform, a simple way to create engaging, interactive ebooks. Their first Pagedip ebook won an award at the 2014 Digital Book World annual conference in New York.

“We wanted to create an experience that blended words and media in an artful, engaging way that was also easy for non-technical people to produce,” said Hawkins.

After creating Pagedip, Hawkins and Milewski realized that their technology would be even more beneficial for corporate clients and healthcare providers. Many companies were struggling with the move from analog to digital content, and were frustrated by the lack of engagement with their digital texts from readers. After requests from healthcare enterprises, Pagedip made the change from general ebooks to focusing solely on business documents. These materials include topics such as patient education, pre- and post-op care and provider equipment training, all transformed into interactive, media rich Pagedip documents.

Pagedips are created using a drag and drop interface that seamlessly updates whenever necessary. Thus, information can always be up-to-date and easily accessible, without needing specific expertise in web or content design. Not only that, but with Binks, Pagedip’s exclusive feature, documents can feature rich media elements like interactive phrase definitions without ever leaving the page, providing a smooth information transfer. This is a change from the typical enriched content programs, which heavily rely on a navigation structure. Additionally, Pagedip’s program provides analytics to track what people are most interested in and interacting with. By reimagining static documentation without a navigation-heavy structure, they’ve made rich media easy, without losing the captivation.

External funding has been crucial to Pagedip’s growth. In 2013, they received a grant of $300,000 in early stage funding when they participated in University of Colorado’s New Venture Challenge. The Colorado Office of Economic Development and International Trade similarly transformed the game back in 2014, when Pagedip became a recipient of a nearly $250,000 Advanced Industries Accelerator Grant. In addition, Pagedip’s first investors were from the local Denver/Boulder area.

Both cofounders of Pagedip found Colorado to be the perfect location for the company, though partly due to the fact that they were originally from the state. Pagedip found that doing business in Colorado not only allowed them to live active, healthy lifestyles with great cultural events, but made international travel a breeze. Additionally, the support for tech and the mix of large and growing companies made the state feel just right.

“The small business ecosystem in Colorado has been essential for Pagedip,” said Hawkins. “Without it, I don’t think we would have found so much success.”

The healthcare path has taken Pagedip all over the U.S. and to events in the UK and Australia, even giving them a stint on the ABC show, Shark Tank. Pagedip is now looking to grow its revenue, team size and portfolio of clients in the near future. 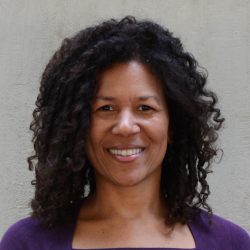