Productivity is an essential part of running a successful business, but with more and more work happening in a digital space, it’s difficult to know when employees are struggling to get work done. It’s easy to see the progress in building a house, but it’s difficult to gauge progress in software. That is, until Travis Kimmel and Ben Thompson set out to change the game.

Kimmel himself was an engineering manager of a software team, trying to help each engineer reach their potential. As a manager he realized simple questions like “Is anyone stuck?” were actually difficult to answer, because everyone relied on the opinions of others to evaluate their progress. He knew there had to be a better way of using data from the codebase to assist his team, so he set out to achieve it. GitPrime started in a co-working space in Durango, Colorado in 2015, where Kimmel first created an early version of their product.

GitPrime is a software as a service platform that provides analytics to help companies improve productivity by showing managers if a developer is stuck, needs support or are slipping a deadline. This way, the program can bridge the communication gap between engineers and stakeholders, and endorses organizations to use data to work smarter, faster and more effectively. While useful for companies with more than ten software developers, it becomes especially valuable for companies with hundreds of developers.

“In short, we make it easier to do a better job managing developers,” said Thompson. “As a result, GitPrime increases the productivity of the team as a whole.”

As a Colorado native, Kimmel wanted to remain in the state simply because it seemed like the natural place to start and grow a company. Colorado has also provided great advantages, including the abundance of co-working spaces, easy access to fiber, pro-business legislations and plenty of infrastructure to make ease the operations of a startup.

“Colorado also happens to be a great place to live, which helps on the recruiting side,” said Thompson.

GitPrime has found the state to be incredibly encouraging of businesses, particularly those in the tech industry. They were the recipients of a $250,000 Early Stage Capital Retention Advanced Industries grant from the Colorado Office of Economic Development and International Trade in May 2017, an amount that is assisting GitPrime’s development even further. Additionally, GitPrime have supported state programs like SCAPE, an accelerator program, and have worked to raise awareness of programs like GoCode Colorado since its inception.

There are currently more than 20 people on the GitPrime team, who are cited as one of the most important factors in the company’s success. The team is expected to double by the end of 2018, as there is an exciting roadmap of reporting suites and enterprise features prioritized for release. 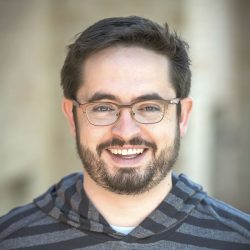