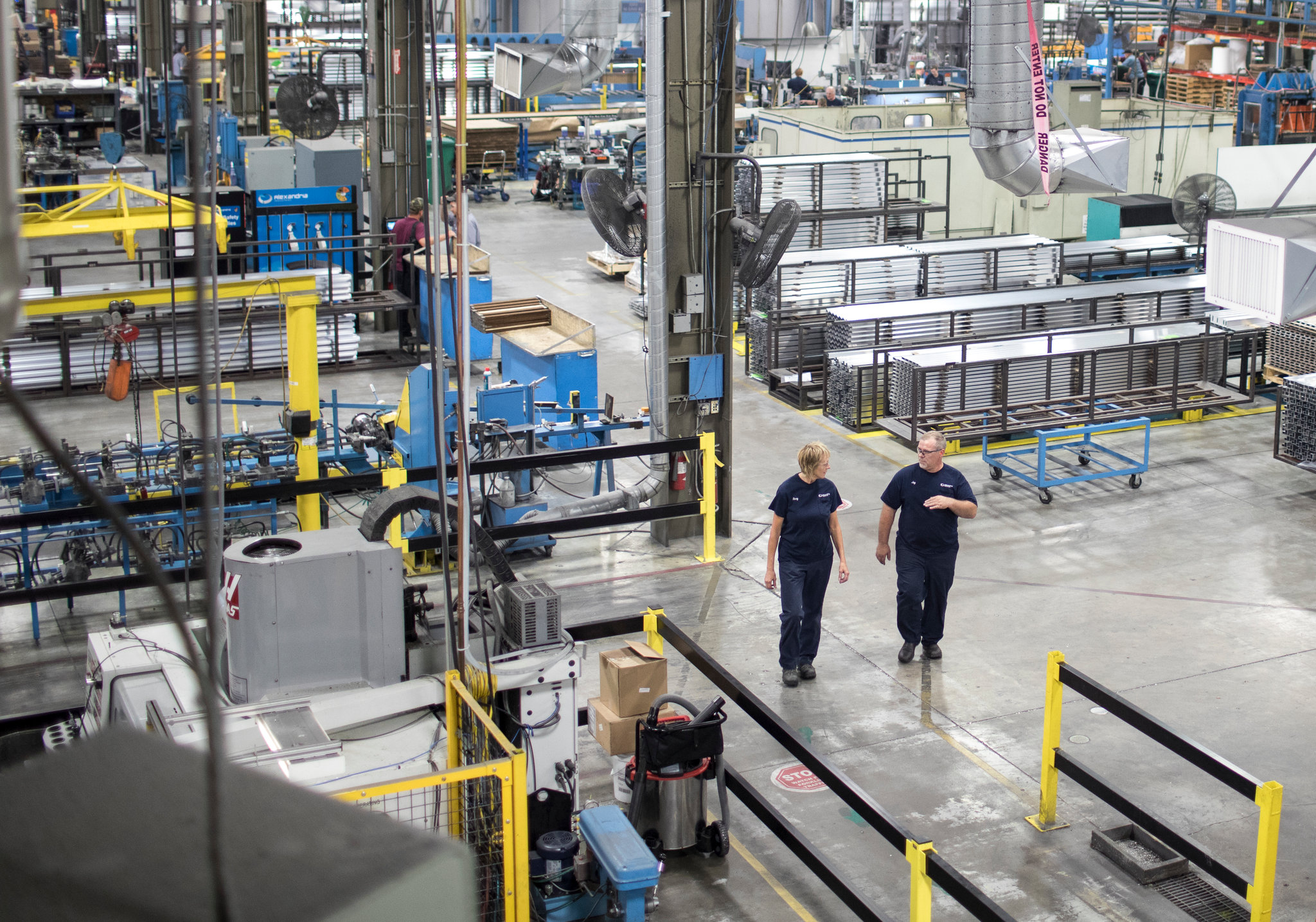 They call it the “Not So Heavy Metal” tour. It’s a lighthearted effort by Minnesota-based Alexandria Industries to introduce middle and high school students — as well the general public — to manufacturing.

While the name is humorous, it belies an issue that is anything but. The component manufacturing company, with about 550 employees roughly two hours north of the Twin Cities of St. Paul and Minneapolis, faces an acute problem affecting many rural manufacturers: a shortage of workers to fill skilled and unskilled positions.

The company, which supplies manufacturers in the medical, automotive and defense industries, among others, has at least 50 unfilled jobs, and its predicament is not unusual.

“It doesn’t matter whether the company is in Michigan, Wisconsin, Texas or Pennsylvania,” said Tom Schabel, the chief executive of Alexandria Industries. “One of the top issues is the difficulty of finding people.”

Shortages may seem counterintuitive, given the widespread fear that automation, robotics and offshoring have all reduced employment in manufacturing. While jobs in absolute numbers have declined from a decade ago, the sustained economic recovery, a lack of skilled workers and the retirement of many baby boomers have led to open positions. Even though the gyrating tariff environment is causing anxiety across industries, manufacturers are still hiring.

But up to two million skilled jobs could go unfilled by 2025, according to a 2015 report (the most recent data available) from the Manufacturing Institute, a nonprofit affiliate of the National Association of Manufacturers.

As a result, the previously unthinkable has begun to happen: A third of companies surveyed by the Manufacturing Institute reported that they had already turned away new work because of a lack of manpower, according to Carolyn Lee, the group’s executive director.

To address the shortages, manufacturers, as well as state and local governments, are increasing recruiting efforts. Although no statistics are available to analyze their effectiveness, these measures include higher wages, tax incentives for those relocating and the forgiveness of student loans, as well as enhanced training for students, new recruits and current employees.

To learn more about how manufacturers are increasing their efforts to woo workers to rural areas, read the full article here.