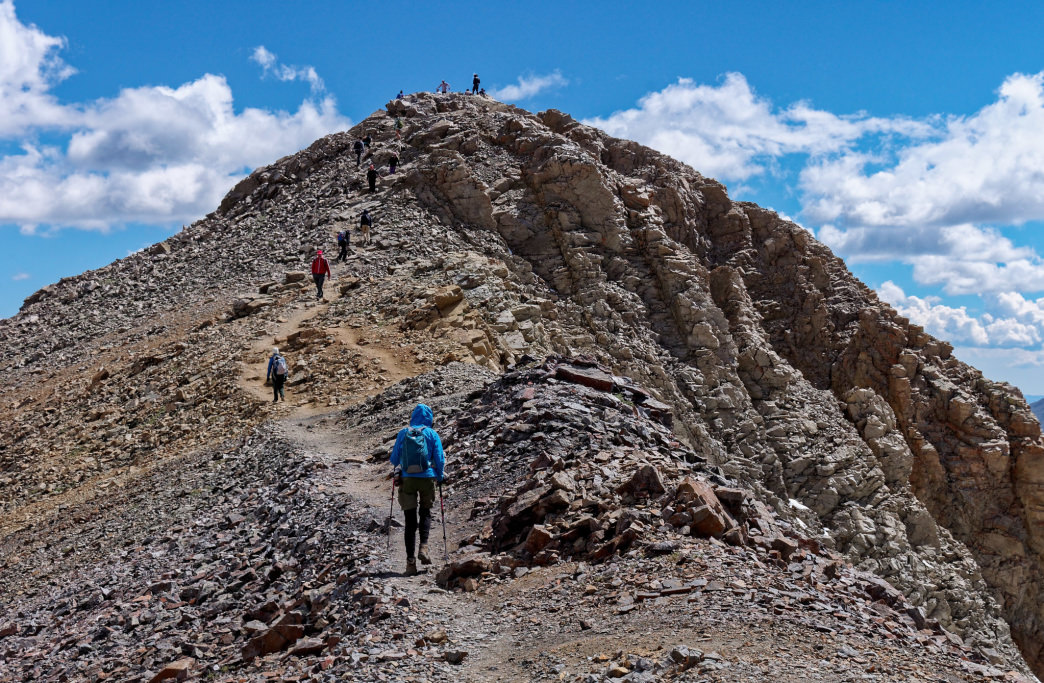 By now, you’ve probably heard that Colorado is consistently ranked among the healthiest states in the nation. As of 2016, it’s been designated the leanest state for more than a decade by the Centers for Disease Control and Prevention. The Centennial State is home to some of the lowest rates of obesity, diabetes, and hypertension in the country, and fewer Colorado residents are considered physically inactive than in any other state.

But why? What are Coloradans doing that puts them above the rest? From mountain climbing with co-workers to being mindful of what goes on their dinner table, people in Colorado incorporate a healthy lifestyle across all areas of their lives.

It Starts with the Commute

With infinite recreational opportunities at their fingertips, it’s no wonder that 90% of Coloradans report that they participate in some form of outdoor recreation every year. It’s not just for fun, though. Thanks to efforts by communities around the state, many Coloradans begin their work day with an active commute. In 2015, Bicycling.com named Boulder, Denver, and Fort Collins the 10th, 11th, and 12th most bike-friendly cities, respectively, in the country.

That bike-friendly attitude reflected statewide: the League of American Bicyclists ranked Colorado as the seventh-best state in the nation for bicycling in 2015, citing its high percentage of bike commuters and cyclist-friendly laws. Also in 2015, Governor John Hickenlooper announced the multi-million dollar Colorado Pedals Project initiative, which seeks to make Colorado the #1 state for bicycling.

Pedaling to work rather than sitting behind the wheel in rush hour traffic definitely has an impact on Colorado’s health. Bike commuting burns an average of 540 calories per hour, according to the British Journal of Sports Medicine, and an Australian study found that men who cycle to work are significantly less likely to be obese than their non-cycling counterparts. The League of American Bicyclists points out, too, that on average, bike commuters lose 13 pounds during their first year of taking two wheels to work.

Colorado: The Best Place to Work?

No wonder Coloradans are happy, healthy, and fit: their workplaces make it easy. Colorado companies are consistently heavy hitters on *Outside *Magazine’s annual list of Best Places to Work. Thirty-six Colorado-based companies made the list in 2016, up from 30 the previous year. The list uses criteria like a company’s commitment to work-life balance, policies and perks, role satisfaction, and work environment to determine best companies, then has a neutral third party conduct employee satisfaction surveys.

Perks offered by Colorado companies on the list include unlimited paid time off, office-sponsored yoga and meditation breaks, paid time for volunteer work, free season-long ski lift tickets, and some even have a policy of closing the office for a “Powder Day” when more than six inches of snow falls. As *Outside *Magazine puts it, “All the outdoor access in the world doesn’t mean much if your job keeps you chained to a desk with no time to enjoy it.”

It’s not just outdoor-centric or adventure-based companies who value their employees’ overall health and fitness. The list includes several marketing firms and other non-outdoor organizations.

What’s On the Table

It’s not just the active lifestyle that keeps landing the Centennial State among the healthiest in the nation. Coloradans tend to eat healthier than other states, too.

Colorado is home to 270 individual certified organic farms and ranches statewide. That’s over 161,000 acres of organic farmland, and access to locally grown organic food is only getting easier for Coloradans, as organic acreage has skyrocketed by 40,000 acres since 2014.

The state is working to bring healthy, nutritious foods to more residents, too. In 2015, the Colorado Department of Public Health and Environment made it a flagship priority to increase access to healthy foods and beverages in worksite and government settings. By 2020, CDPHE plans to have even healthier food and beverage standards for government agencies and hospitals, a trend that could carry over into workplaces in the private sector.

In the end, even when they’re not at work or around the dinner table, Coloradans are ahead of the fitness curve. With thousands of miles of trails in 42 state parks, five National Park Service units, and 8.4 million acres of public land managed by the Bureau of Land Management, it’s no wonder Coloradans are so active—there’s no shortage of opportunities to play. And with views like the one above, how could they resist?