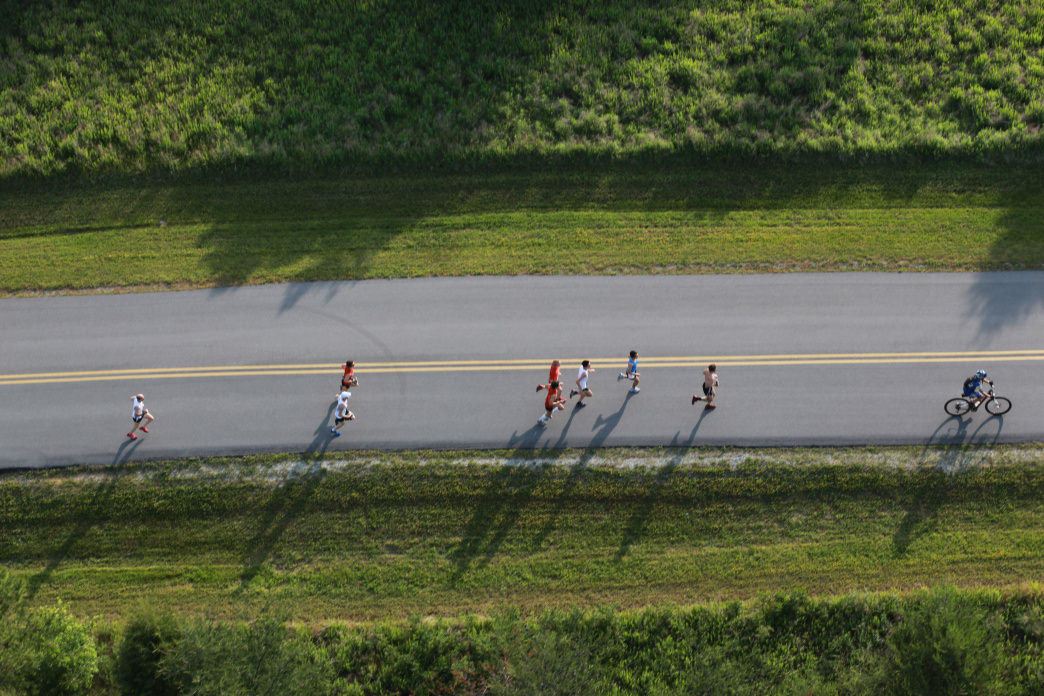 Josh Wheeler ran his first marathon at age 13—more than twice his age in mileage. It was an accomplishment, but he didn’t stop there. On each of his subsequent birthdays, Wheeler did the same thing: 28 miles at age 14, 30 miles at 15, and so forth.

Not surprisingly, the teenaged Wheeler was an endurance machine who routinely broke records at long-distance races near his hometown of Chattanooga, Tennessee.

The Wheeler family regularly got outside during his childhood, he says, and he had endurance athletes, including his father, as role models early on.

But when Wheeler was a senior in high school, he was diagnosed with brain cancer. The devastating news could have derailed his life, but instead it served as the impetus for his current track: an eight-year program through the University of Colorado, at the end of which he’ll be both a physician and a Ph.D.

“It’s only human to become curious about it,” Wheeler says of his bout with cancer 11 years ago, “and really try to understand what you’re up against.”

His good nature shows, even when he’s talking about such a serious subject. “Yeah, it kind of sucked,” he laughs, summing up his senior year. Wheeler underwent two brain surgeries but elected not to undergo chemotherapy, opting instead to head to Appalachian State University in North Carolina for his undergraduate pre-med coursework.

In fact, Wheeler didn’t even remotely slow down after finishing his cancer treatments. At Appalachian State, he met his now wife, Kristen. Their first date was an 11-mile trail run. And running continued to feel like a safe haven, he says. He pushed his limits running marathons and 50K races—his specialty—between courses in college, eventually running professionally for La Sportiva.

When the time came to apply for medical school, Wheeler says, the choice was easy.

“If I’m going to be in school forever,” he joked, “I figured, let’s cut out the middleman as far as vacations go, and move right to Colorado.”

Forever is barely an exaggeration: The Medical Scientist Training Program (MSTP) has students complete their first year of medical school, followed by a four-year Ph.D. program. Upon completion of their research and lab work, students go back to finish med school, then head into residency.

Now, Wheeler—who, at 28, is 11 years in remission—and his wife make their home in Boulder, where he spends much of his time in the lab. His research is focused on understanding how our cells react to mental and physical stress, which, in turn, will help scientists understand (and, hopefully, mitigate the effects of) neurodegenerative diseases like ALS.

Understanding the effects of muscle diseases, Wheeler points out, ties in closely with asking those muscles to run long distances, which he’s doing a lot more of these days. (He took a hiatus from running during the first portion of med school, when he was swamped by academic demands on his time.)

Asked about his training plans, Wheeler oscillates between naming his road marathon goal time (it’s fast—2 hours 30 minutes, 10 minutes faster than his current PR) and dreamily describing the Hardrock 100, widely known as America’s toughest 100-mile trail race; one he’s wanted to do for awhile. It doesn’t matter if he’s talking about a race on the horizon or a 5:30 am track workout, Wheeler’s voice says it all—the guy clearly loves to run.

And despite his almost unbelievably busy schedule, Wheeler makes time for training.

“It’s hard not to be motivated in Boulder,” he chuckles, noting the scores of elite distance runners who make the high-elevation town their home. He and Kristen—a regular training partner further motivating him to get out of bed to work out—encountered a dozen fellow harriers out on a recent windy morning.

Even on days it’s tough to get out the door for a run, Wheeler works to combat aging muscles, through his training and research.

“It’s really a culmination of my interest and life experiences,” he says of his undergraduate work in exercise physiology, his battle with cancer, and his lifelong passion for endurance sports. “It all converged in the research I’m doing now.”