A Day in the Life of DaVita CEO Kent Thiry 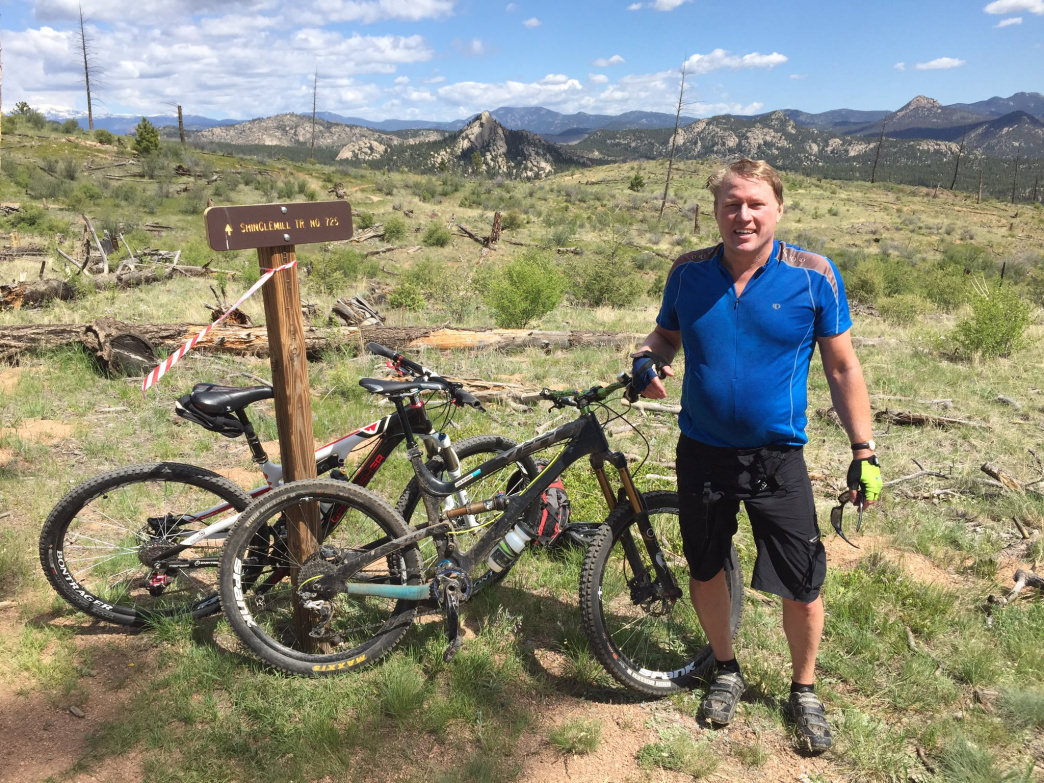 A Day in the Life of DaVita CEO Kent Thiry

It took Kent Thiry three tries to get out to Colorado. “I first came to Colorado while I was in high school in Mequon, Wisconsin, a small town. I came out because I was an elected officer of the Wisconsin Student Council Association and the national annual convention was in Colorado. I fell in love with it—I extended my stay and drove through the mountains totally enraptured.”

After high school, Thiry went to Stanford and Harvard. After college, he ended up in San Francisco. At one point, he was the CEO of a company called Vivra, which he was planning to move to Colorado until the company got taken over. “Finally, I made it on my third try, when we decided we needed to find a new headquarters for DaVita.”

DaVita, Inc. is a company that is (now) based in Denver, Colorado, and manages medical groups in a handful of states and operates dialysis centers both in and outside of the United States. DaVita is Italian for “giving life”, and its 67,000 employees are held to seven core values: service excellence, integrity, team, continuous improvement, accountability, fulfillment, and fun. Thiry is Chairman and Chief Executive Officer of the global company, and Chief Executive Officer of HealthCare Partners. Thiry has been involved in DaVita as Chairman of the Board and/or as CEO since 1999, helping bring the company from the brink of bankruptcy to a thriving Fortune 500 company.

Being physically active has always been a part of Thiry’s life, which is what made Colorado a natural fit. “I have always loved physical activities and sports, both inside and out. I was an enthusiastic but unimpressive football and basketball player in high school, and have broadened my world to include many other forms of exercise as the years have gone by.” One of those forms of exercise is both road cycling and mountain biking. “There are so many great biking trails in Colorado it is hard to pick a favorite,” Thiry says. “For mountain biking, I would probably take the trails in the Buffalo Creek area, where theBailey Hundo is held each year. For road biking, I would probably take the Lookout Mountain climb right outside Denver.”

No matter where he is, Thiry starts every single day at 6 a.m. “I either work out first thing, or do 45 minutes of phone calls and then work out. Then I shower and head to wherever I am going that day,” he explains. “On some international trips it takes more creative scheduling. But my scheduler knows that the first thing that needs to be on the calendar each day is my exercise slot.”

Considering that DaVita is a company that revolves around the healthcare industry, it’s only natural that well-being is an important part of the company culture. Employees are called “teammates”. Thiry believes that a company should be proactive when it comes to the health and well-being of its employees/teammates. “We are getting better and better at figuring out ways to help our people live healthier lives,” he says.

And it shows. The company offers unlimited PTO/vacation time for teammates that are a director or above, and there are two programs that encourage directors and VPs to take advantage of the benefits of being outdoors: DaVita Great Outdoors and DaVita Restore. DaVita Great Outdoors is a three-night, four-day wilderness adventure in Colorado. Last year, the group rafted the Arkansas River and spent some time rock climbing, too. DaVita Restore is designed for teammates who prefer quiet reflection. Restore involves nature walks, yoga, and tai chi. Both programs are offered several times a year.

Because DaVita “values people’s personal and professional growth, in that order,” Thiry will meet with executives who are having a hard time getting away from their work, and have “weekly check-ins to monitor travel nights, hours worked, family dinners, weekend hours, etc … to help them build the muscles to make stronger boundaries a part of their life.”

It’s refreshing to hear about a CEO, especially one for a big company like DaVita, walking the walk when it comes to prioritizing employee health. Living in a place like Colorado no doubt inspires that way of life, and the accessibility to outdoors doesn’t hurt either—DaVita’s World Headquarters is less than 0.5 miles from Denver’s Commons Park, with access to the South Platte River and the South Platte River Trail.

Thirytold FORBES that he follows the well-known mantra, “They don’t care how much you know, until they know how much you care.” And for Thiry, that means caring enough to kick them out of the office for a couple days to reboot in the mountains, forests, and rivers of Colorado.