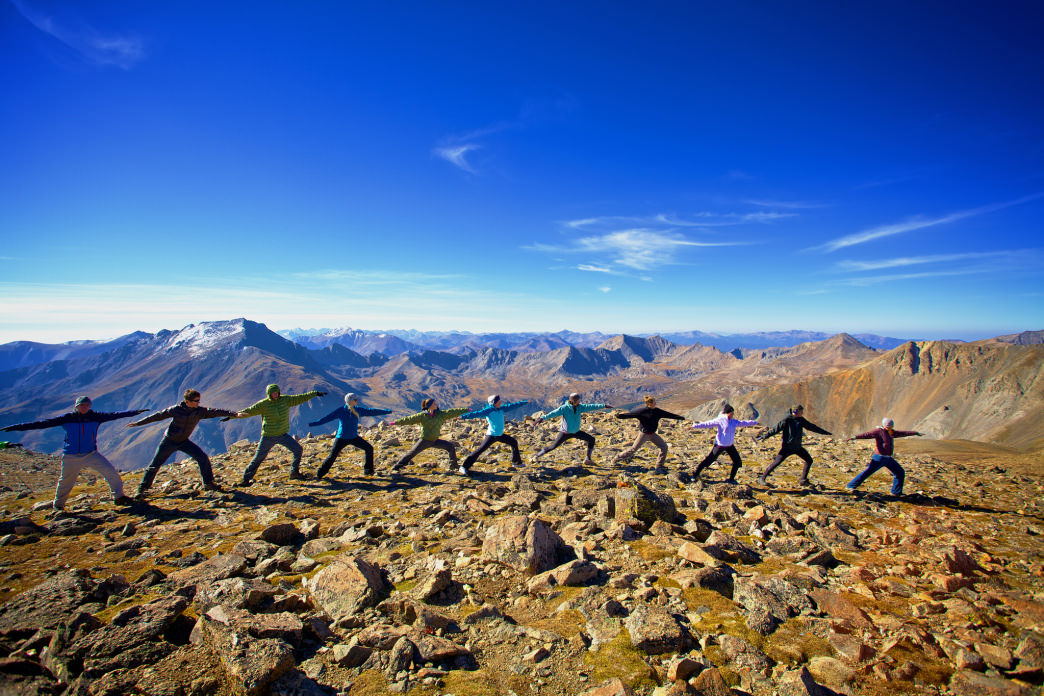 Colorado is a beautiful state with mighty rivers, the Rocky Mountains, and tons of national forestland. There’s no shortage of breathtaking scenery. And with more people moving into the state than leaving, it seems that the secret is out.

One of the reasons so many people are moving to Colorado is because it has become an increasingly friendly to startups and other creative jobs, such as in the design, film, media, visual, and performing arts industries. In fact, a 2008 study titled “*The State of Colorado’s Creative Economy” *found that Colorado ranked 5th in the United States for highest concentration of artists.

As Tyler Moebius, founder and CEO of FastG8, a digital advertising company based in Carbondale, says, “I think Colorado represents the perfect balance of work and play.”

Here are eight more reasons why Colorado is an inspiring place to be a creative.

As Henry David Thoreau said, “An early morning walk is a blessing for the whole day.” The city of Denver has 80 miles of multi-use trails, Boulder has 145 miles of trails, and Colorado Springs has 100 miles of trails. Just about every suburb in between and beyond has access to trails or parks.

Getting fresh air has been proven to improve your mood and boost your creativity, so the easier it is to get outside, the better and more productive you will be. With more than 300 days of sunlight per year and a temperatures range on the Front Range between the 40s and 80s (depending on the season), there are very few days you can’t go outdoors. Not to mention, the mountains are close enough that you can get in a few runs down the ski slopes before heading to work, assuming the snow is sticking.

2. The outdoors are calming and inspiring

A study published in 2012 showed that after spending four days immersed in nature, a group of hikers increased their creativity and problem-solving by 50 percent. Getting outdoors and away from technology allowed them to relax and give their brains a rest from the constant stimulation that they experienced in their everyday lives.

Other studies have shown that people who live in green areas versus urban areas reported lower levels of cortisol, the stress hormone. Long-term high levels of stress can result in a whole host of issues that decrease focus, greatly impacting your workflow and creativity.

In Colorado, it’s easy to get outdoors, there’s green space everywhere, and you almost always have a view of the mountains. You never really have an excuse to stay cooped up inside.

As the number of freelancers and entrepreneurs in Colorado has increased, so have co-working spaces, encouraging creatives to meet one another and collaborate if they feel so inspired. In Denver alone, places like Green Spaces offer members-only networking events, and Thrive holds regular happy hours for members.

The Creative Farm is a co-working spot just for creatives, with a goal “to support the growth and development of the creative community” by having common spaces and encouraging discussion among members.

Colorado is so committed to fostering the growth of the creative community that Governor John Hickenlooper signed a bill in 2011 encouraging the development of “creative districts” in places where there are already high concentrations of artistic activity. There are now 18 certified Creative Districts across the state, including RiNo, 40 West Arts, and the Sante Fe Art District in Denver. The annual job growth in these districts has been around 5 percent, while the state average is around 2 percent.

Indoor spaces can inspire your work, too. With all kinds of museums, ranging from the Denver Museum of Nature & Science to the May National History Museum (the world’s largest private insect collection), there is something for everyone.

And every musician can draw inspiration at the museum at the Red Rocks Amphitheater and its memorabilia donated by past performers there.

Perhaps most importantly, there’s money being invested in Colorado’s creative industries. The Denver Foundation’s Arts Affinity Group (AAG), for example, has awarded hundreds of thousands of dollars to creative nonprofit art organizations since it’s inception in 2013. And since 2014, the group has hosted Colorado Art Tank, in which finalists are invited to present their creative business ideas to a panel of community members in front of a live audience.

Colorado Creative Industries (CCI), the state arts agency and a division of the Colorado Office of Economic Development and International Trade, also connects creatives to inspiring mentors at the Change Leader Institute. Using a model that has had proven success in Utah, 95 percent of participants report that the three-day workshop made them “more apt to be creative and innovative.” And 95 percent of participants also credit the workshop for bringing about personal growth.

None of the benefits matter if you can’t afford to actually live in a place, right? Margaret Hunt, director of CCI, has said, “one of the challenges with Creative Districts we’re discovering is artists move into a neighborhood because it’s affordable. Then it becomes hip and cool, and then property values go up and they’re forced out.”

It’s unfortunate indeed when it becomes too expensive for creatives to live in the communities where they work. Space to Create is a state-driven initiative to create affordable housing and workspaces for artists and creatives, so that they are inspired to to directly impact their communities, and it’s the first program of its kind in the U.S.